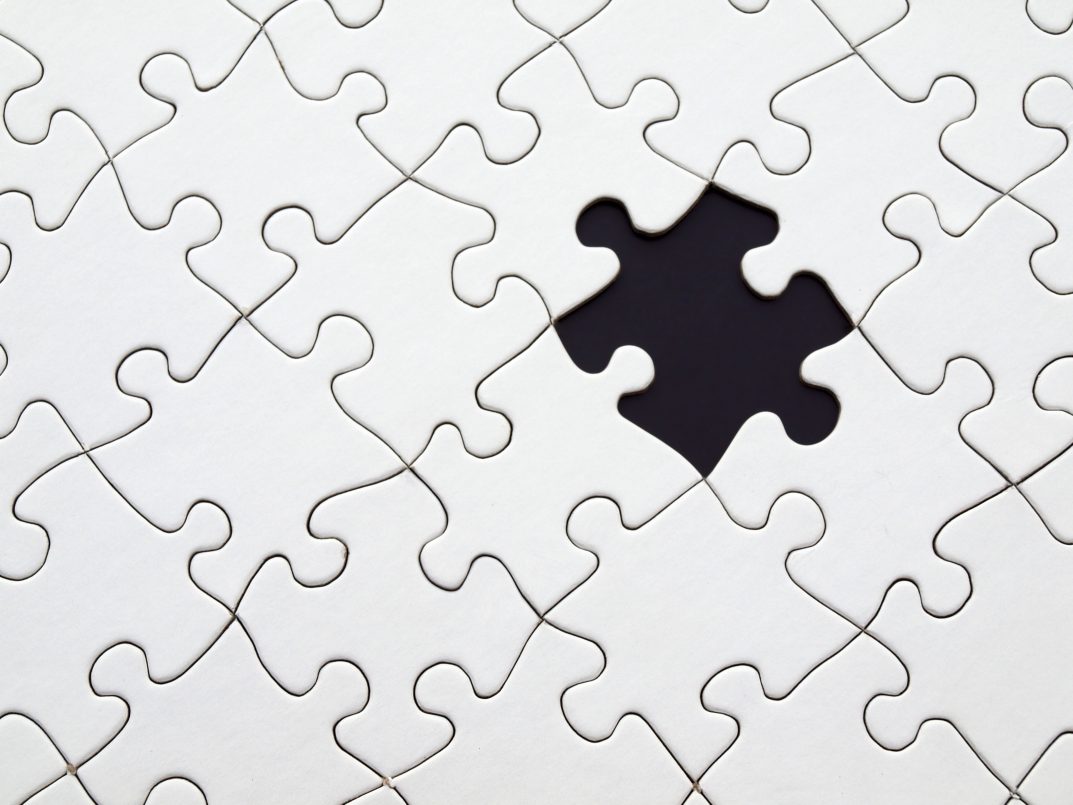 Gaming Disorder is to be listed as a mental health condition for the first time by the World Health Organization.  This is big news because having a classification clarifies how serious the problematic behaviours have to be to qualify as a disease. However, one of the concerns around having a classification at all is that video games will be further misunderstood by people who don't truly understand the complexities of a gaming disorder. Another is that it is too general and doesn't recognize the differences in people and the games themselves. To put it into perspective, this CNN article interviews Dr. Vladimir Poznyak, who says:

"Millions of gamers around the world, even when it comes to the intense gaming, would never qualify as people suffering from gaming disorder," adding that the overall prevalence of this condition is "very low."

He continues by saying: "...let me emphasize that this is a clinical condition, and clinical diagnosis can be made only by health professionals which are properly trained to do that"

It's a very blurry line that separates passion and addiction, but things begin to clear up when the negative impact outweighs the positive impact and the behaviours get more and more out of control. To navigate these muddy waters we need to be as game-aware as possible by understanding the different motivations to play games as well as how they affect us for better or for worse. GameAware's mission is to educate and enable rational conversations about video games and how they can fit into a balanced lifestyle while addressing clear problematic behaviours surrounding excessive gaming and getting to the bottom of the issue. Problems with gaming ultimately come down to the ability to self-regulate and the obstacles these "addicted" gamers have to overcome to be able to do so. In my experience, that obstacle is usually the missing piece of the puzzle that allows for a real change in behaviour.

When does casual gaming turn into a gaming disorder?

Good question everybody. The trickiest part is being clear about what this actually looks like day to day, and this is where without a good understanding of the issue, people are at risk of jumping on an anti-gaming bandwagon that is undeserved by most games in the industry. Moving forward, everything will be based on my experience, my opinion as well as some research.

On the one hand, gaming as a hobby is a really engaging and immersive experience that millions of people all over the world enjoy. On the other, overindulgence in games can definitely affect your life just like anything you overindulge in would affect you. Too much TV binging can cost us sleep or maybe work or chores don't get done. Too much unhealthy food can cause heart problems. Too much sport can lead to overuse injuries if not enough time is spent preparing and repairing the body. Too much gaming can cost you opportunities if it is usurping most of your free time. That's not good but that's not what a gaming disorder is. Overindulgence isn't enough to get us there.

How many hours per week is too many?

Excessive hours spent gaming definitely disrupts daily function and has a high opportunity cost. That is to say that you're giving up something else when you choose to spend your time gaming. To say that a gaming disorder is defined by a particular number of hours played would be completely false. Let's look at a couple of statistics from the Digital Australia survey 2018. It's important to know that the average time spent playing for males is 98 minutes per day and for females it's 77 minutes.  This includes all ages. Interestingly, the average gaming time for 15-25 year old boys is 155 minutes per day. This totals to about 18 hours per week. Here's my opinion. Personally I think that 18 hours every week, back to back, playing every single day is habit forming behaviour with a high opportunity cost. 15-20 hours every week is starting to overplay, and more than 21 hours every week(3hrs every day) is the type of gameplay that will start to have a detrimental impact on wellbeing according to this Oxford study. However that in itself isn't a gaming disorder.  If we are truly talking about a mental health condition, it's going to be more complicated than playing for too long.

Is anything happening to their brain?

Yup. It seems that overplaying video games will de-sensitize the brain to dopamine(the neurotransmitter responsible for motivation for reward). I call this redlining. If you are red-lining your RPM's (rewards per minute in this example) then you are going to need to play more to feel the same amount of satisfaction since the brain will actually receive less of the dopamine that was being sent out from one neuron to another. That's because the receptors for the dopamine start to drop away and each stimulus will in turn give less signalling. I thought that this meant gamers would begin to get bored of their games, but the investment that gamers make into their games might be what makes it hard to step away. This is why we see gamers play for increasing amounts of time if they are playing out of habit. Redlining also leads to more frustration and frustration leads to aggression. According to some research done by Andrew K. Przybylski and colleagues, excessive gaming can increase aggression but it wasn't the violence after all. It was the feeling of incompetence from playing too much and failing because the one of the motivations to play is the feeling of competence. You might have seen this before when a professional athlete or a child has a bit of a tanty when they make a poor play on the sporting field or lose their game. With video games that reward comes faster and more frequently than sports because of the ease of access. So the longer someone plays, the worse their concentration gets but their expectations for reward are still high. Put it all together and redlining creates the conditions for frustration, aggression, poor performance, and chasing satisfaction from the dopamine desensitization. Games will get played out of habit for longer periods of time and might actually feel less fun.

In the work that I do helping gamers regain control and balance while still getting the most of their game play, I've no doubt developed my own opinion on what's happening. I know that others share this point of view as well. So while I do see some gamers overindulge themselves for reasons like "grinding" for achievements, completing, improving or having more control over creativity, that doesn't mean they have a Gaming Disorder, but it also doesn't mean that they are problem free. There is a heavy opportunity cost when too much of your time is displaced by gaming. These are the people who struggle to self-regulate because their real life isn't meeting certain motivational needs but the games are. To be more specific, the games are hitting those needs, but not meeting them the way real life potentially can.

However, this alone isn't really what will get a person to play for the really long periods of time like 35, 50 or 100 hours per week.   In my experience, gamers who would have most likely gotten "diagnosed" with Gaming Disorder are the ones who are escaping from the real world. It might be their home environment and quality of life, or just their mental environment and quality of thinking.

"The gamers who are already struggling with their mental health are turning to video games to ease their pain."

If they continue to overindulge, they now have two problems on their hands without the skills to deal with either of them.  We need to see how the game mechanics play their part as a piece of the puzzle, but if you start with just one piece of a jigsaw you can't possibly know what the real picture looks like.  We need to acknowledge that games are more seductive than they have ever been, but also that individual circumstance plays the biggest part. In most cases, I believe that gaming disorders will be coping mechanisms for something else that's going on. Taking away video games isn't going to solve the problem. You have to deal with the root or the weed will grow back.

2 Quick tips for gamers and families:

If you are an avid gamer:

Just don't play every day. Try to play a maximum of 4 days a week and just see what happens. I believe that you can improve your performance and enjoyment with the right approach to this. It's definitely an intended side effect that you have more space in your life for other things too. I've got plenty of rationale for this and you can check it out here and here in the Intelligent Gaming Guide. The Australian average for 15-25 year old males is 18 hours a week and while that's not what classifies a gaming disorder, it might be disrupting balance in your life. It's true that everyone is different but the time available to us to keep our lives in good shape is a constant.

You have to realise that you can't keep up the same level of concentration for hours upon hours.  I believe that on average, somewhere between 2 and 3 hours seems to be the optimal gaming session time for gamers to feel satisfied and perform well. The caveat is that they aren't doing it every day.  The game feels a little more fresh and enjoyable and the brain has the energy to perform because it has had some rest from not playing every day. (3-4 days seems to be a sweet spot). If you're doing the math, this will max out at 12 hours a week. Younger kids may need the lower end of these guidelines.

If you are a concerned parent:

One of the very first things you should do with your child is sit down with them and play their favourite game. Figure it out and learn what it has to offer. Be their biggest fan. Learn why they love those games. If you don't know the nuances of the game or what the community is like, it'll no doubt be the cause of a lot of friction at home one day. Please feel free to check out this post to learn more about how to do that.

Finally, try not to fall into the two extreme points of view about video games. Games aren't harmless when they are played to excess, and they definitely aren't worthy of the fear mongering seen in sensationalized media. As usual, the truth lies somewhere in between. Finding that truth can be tough, which is why it's so easy to misunderstand a gaming disorder. Even if the causes of a gaming disorder are unclear, we can still put our focus on solutions that either bring us back into balance or prevent a gaming disorder in the first place.