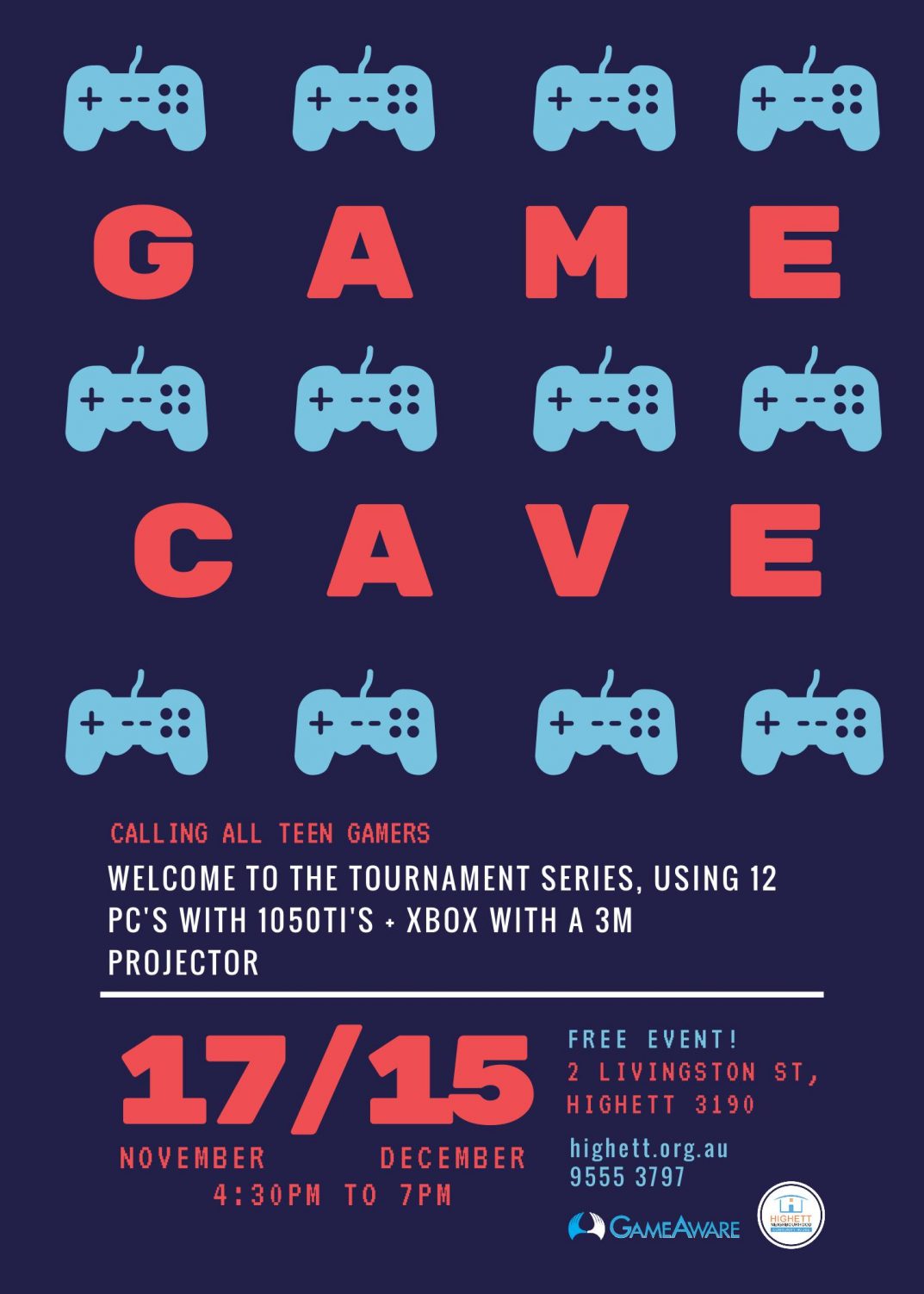 Teens aged 11 to 18 have been coming to Game Cave on Friday afternoons for its social gaming experiences with a variety of games. The Game Cave Tournament Series will hold 8 FREE special events over the next 12 months, using Game Cave’s 12 brand new PC’s that are running GTX 1050ti’s for a smooth gaming experience whether the games are old or new. Different formats will be used, but the first tournament will be a single elimination format, where anyone knocked out can join a server for a while before they watch the finals play out on dual projectors. In the first tournament, the game will be announced on arrival. Future tournaments could include 2v2 to 5v5, or even some console games like Super Smash Bros. glhf.

Brought to you by GameAware and the Highett Neighbourhood Community House.
Register at: https://highett.org.au/event/game-cave-tournament/2017-12-15