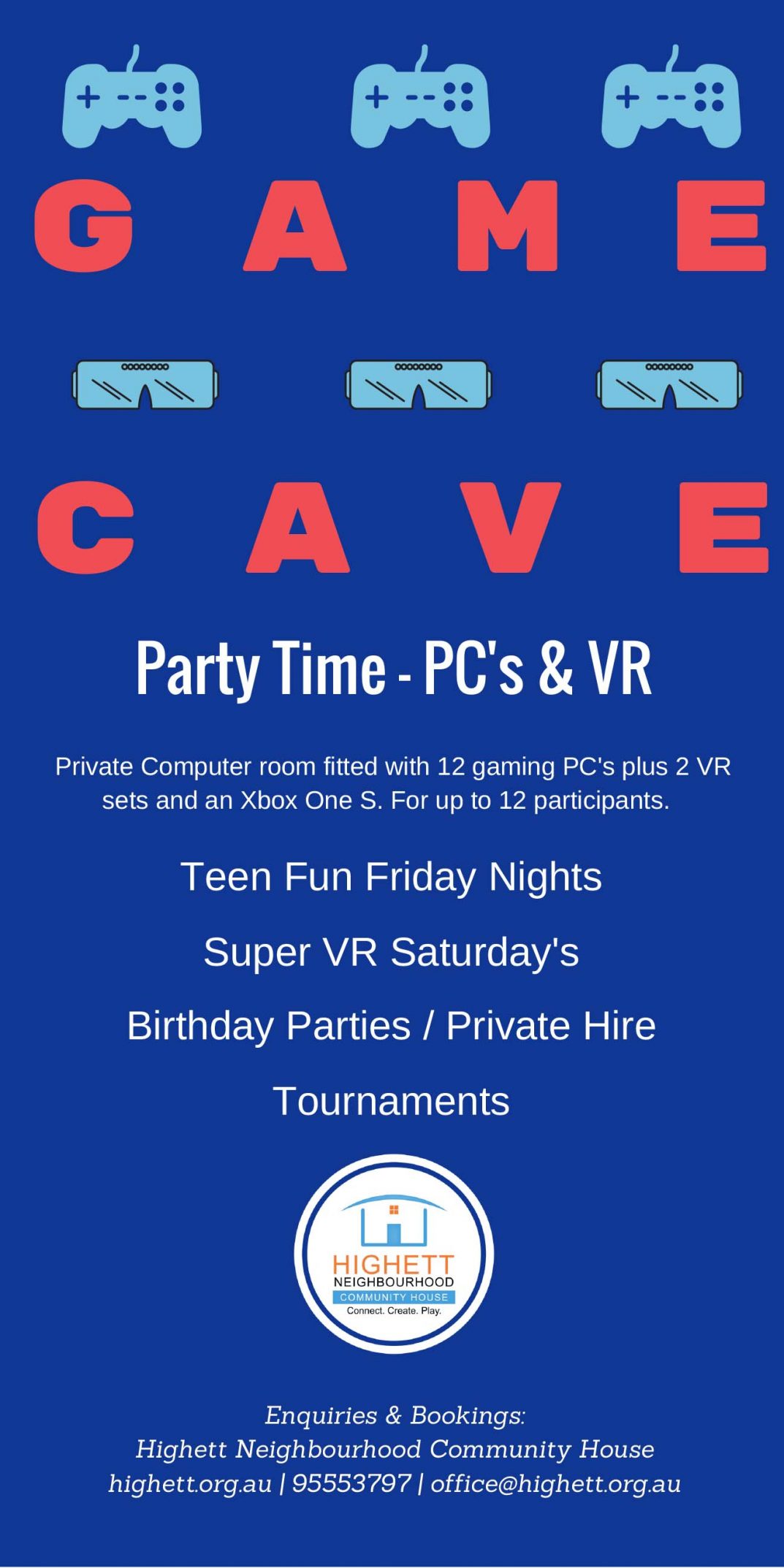 GameAware is proud to announce a collaboration with Highett Neighbourhood Community House to bring you the Game Cave.

Social gaming differs from the gaming that we see at home because they are actually socializing when they play in the same room as each other.  They are sharing an experience moreso than you would if you went to the movies with your friends. While there’s something to be said about connecting with friends over the internet when playing games with them, it really pales in comparison to sitting next to your buddy when you are kicking each other’s butts and actually smiling from the interactions with each other. Social gaming is an important part of transforming the way gamers use their playing time by trading excessive gaming time for a higher quality of gaming.

Alternatively, you can email me at andrew@gameaware.com.au with any questions you may have about Game Cave and its role in the GameAware approach to reducing excessive gaming.